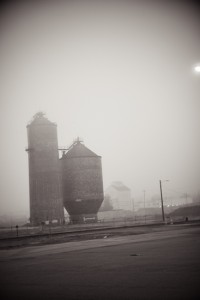 The Bellingham waterfront has gone through many changes since its first european colonization. Even its geography was re-molded by turn of the century industry and rail. During my own lifetime I’ve seen it host active logging operations with giant islands of timber floating along the edge of the harbor, mountains of salt piled near the docks where towering cranes unloaded and loaded freighters that would make port from distant and exotic countries.

The last few decades have seen the edge of Bellingham Bay slowly move from this bustling and not always pleasant engine of industry to a quieter and in some places desolate landscape. True, there are still pockets of activity: a smaller fishing culture, a few boat manufacturing and repair services remain and a marina for those who can afford it, but the cranes are gone. Many of the world class ship builders have moved on, the pulp mill, that hungry consumer of salt and fresh water has closed its doors. 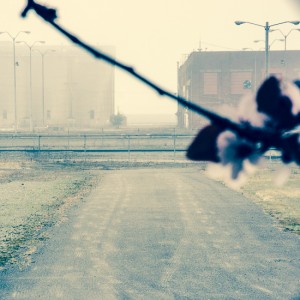 The future holds in store for the waterfront many more changes. The site of the old mill may eventually become a mixture of expensive housing,  retail shops and public space which will connect to Boulevard Park, the former logging operation. More yacht moorage will be developed, again, for those that can afford it. The area will be cleaner, safer and not contribute as much to the degradation of the bay’s water quality.  Most of these changes are positive to the life of Bellingham and the life under the surface of the water. Yet there is still an echo, a shadow with conflicting emotional resonance that can be sensed if not seen in the half-light of morning. The mists of time and fog sometimes unite to enfold the waterfront in its own memories.

The following gallery presents images from an ongoing project of mine, one that I hope will capture this sense of the fading past of the waterfront I have lived with for most of my life.